Ballot was a French automobile manufacturer who made cars between 1921 and 1932.

The Ballot brothers, Edouard and Maurice, founded their company in 1905.  Before World War I they manufactured automobile and marine engines. The company was re-founded as Etablissements Ballot SA in 1910.

Edouard Ballot was well-known as a designer of reliable engines.  He helped Ettore Bugatti in developing his first engines.  After World War I, the company entered motor racing with a straight-eight cylinder 4.9 litre car for the 1921 French Grand Prix.  As well as racing engines, the company made a range of road engines which were fitted to their own production cars.

In 1931 the company was taken over by Hispano-Suiza.  Swift decline followed: the last model was practically a Hispano-Suiza and only the chassis was provided by Ballot.  Ballot closed down in 1932. 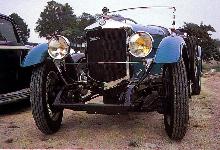 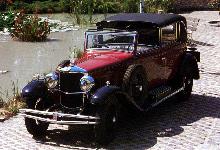 Suggest a link relating to Ballot