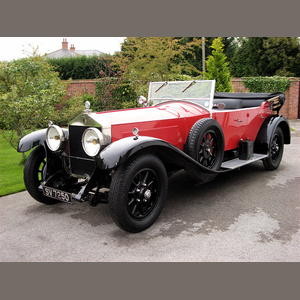 This car owed its name to the Beverley Brook which runs through the south-western London suburb of Barnes. A light car called the Nova was to have been made in the summer of 1914; there is a link between this and the Belgian Nova, an equally short-lived venture.

The company made Le Rhone aero-engines during the World War I, with a largely Belgian workforce, and then engaged in machining work for a number of car makers, the best known of which was Bentley. This lasted until Bentley were able to set up their own machine shop in 1926, thanks to finance from Woolf Barnato. Three years before that the partners decided to make cars themselves, though this was always a sideline.

Beverley later supplied some of the engines to Sir Dennistoun Burney for his Burney Streamline cars and also assembled about 12 low-chassis 4 ½ litre units for Invicta. They were probably still doing some work for Bentley, as a former employee remembers people from Rolls-Royce coming down to Barnes and destroying Bentley cylinder blocks (presumably for the 4-litre) after the Rolls-Royce takeover of Bentley.

Known production of Beverley-Barnes and Beverley is 14 cars of which two survive. One was built as an ambulance but used by glaziers for carrying large glass panels. Seven other ‘possibles’ have been suggested, several in chassis form only.

Suggest a link relating to Beverley-Barnes