The roots of French manufacturer Delahaye can be traced back as far as 1894 when its founder, Emile Delahaye built his first motorcar.

Delahaye enjoyed its finest hour during the 1930's when it produced some fantastic road-car designs as well as enjoying motor-racing victories around the world. In 1935 Delahaye acquired another respected French car firm, Delage. Sadly this partnership was to be short lived as both companies were merge with Hotchkiss soon after.

Émile Delahaye was born in 1843 at Tours and qualified as a mechanical engineer. The first Delahaye car was completed in 1895 and until the turn of the century all Delahaye cars followed the design of the original: a rear-mounted horizontal two-cylinder engine, primary drive by belts, with final drive by side chains. The chassis was tubular and comparatively low slung and the cars gained a reputation for stability and durability.

Delahaye sold his business to two Parisian industrialists: the brothers-in-law Léon Desmarais and Georges Morane and from 1898 manufacture progressively moved from Tours to Paris. Charles Weiffenbach was engaged as works manager and he became known as ‘Mister Delahaye’, remaining with the company until it merged with Hotchkiss in 1954.

Front-engined cars, still with horizontal cylinders and belt-drive, appeared in 1901 and the following year vertical engines were introduced. Delahaye soon diversified production to include: marine engines, lorries, and fire-engines.

When the Type 135 was introduced in the 1930s Delahaye joined the exclusive ranks of the Grande Marques of the French motor industry. 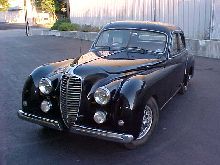 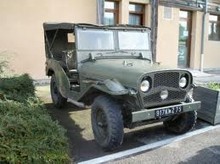 Suggest a link relating to Delahaye