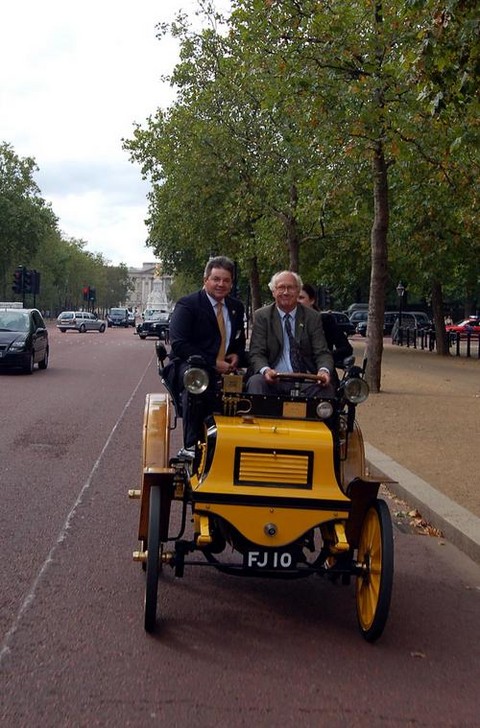 Louis Fisson was amongst the pioneer generation of automobile makers in Paris and first came to public attention when he entered a car for the Paris-Marseille-Paris race of 1896. The engine was a Benz, and the complete vehicle was Benz-like in appearance. In April 1898 Fisson lodged a patent for an "improved vertical" engine, a two-cylinder unit with electric ignition. The car into which an engine of this type was fitted closely resembled a contemporary Panhard-Levassor; but retained a number of Benz features, notably being left-hand drive.

A lone example was exhibited at the annual Salon du Cycle et de l'Automobile in December 1898 about which The Autocar correspondent commented: "The whole of the mechanism is concealed, and this gives a particularly neat appearance to the carriage". Nevertheless, few cars were made and Fisson disappeared from the motoring scene some time in the following year. A single Fisson car of 1898 pattern survives.

Suggest a link relating to Fisson