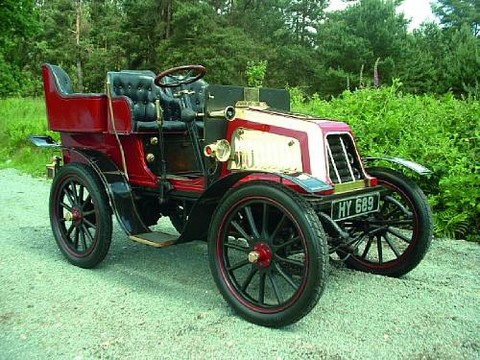 "The Ideal Car for the Man of Moderate Means" ran the headline of a December 1903 advert for A W Gamage of Holborn and Aldershot, "The World's Premier Motor Outfitters". This department store did not make the cars and motorcycles that it sold but it branded them with the Gamage name. The cars were made entirely by Lacoste & Battmann, with "genuine 6hp De Dion motor", and the basic two-speed two-seater version represented good value at 125 Guineas. Three-speed versions, with tonneau, pushed the price up to 185 Guineas, and examples with Aster engines were available in 1904.

A Gamage 1½-litre light car was advertised in 1914 – maker unknown.

Suggest a link relating to Gamage