At the beginning of this century, two friends, Dr Robert Allmers and Dr August Sprockhorst, built cars for their own use, and in 1905 went on to make this a commercial operation.  They founded the 'Hansa Automobilgesellschaft', which in 1914 led to 'Hansa Automobilwerke AG'.  The cars built by the company before the First World War were until 1908 powered by a single-cylinder engine by De Dion-Bouton.  It was decided in 1920 to merge with the automobile companies Lloyd, NAG and Brennabor.  This created the 'Geneinshcaft Deutscher Automobilfabriketn', or GDA.  Even this cooperation was not enough to prevent Hansa's capitulation in 1929 however.  Engineer Carl Borgward, whose company occupied premises opposite the Hansa factory, took over the bankrupt company.

In 1931, Borgward incorporated the makes Goliath, Hansa and Lloyd into a single company.  Goliath produced lorries and the other two makes passenger cars.  With the exception of the small models, Hansa also attempted to produce larger cars.  For example, in 1927 the Hansa Typ A6 and A8 were introduced.  The engines were relatively cheap, meaning that both models could be competitively priced.

This did not however automatically lead to large sales.  In total only something in the region of 1,000 cars with an American engine were produced.  The company had greater success with the Hansa 1100.  Between 1934 and 1939 a little more than 20,000 of these cars were sold.  The Hansa 1700, an 1100 with a bigger engine, was also fairly successful and approximately 6,000 were produced.

The last Hansa passenger car was made in 1939. 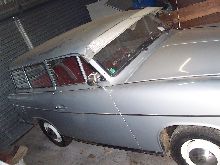 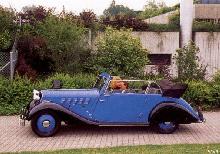 Suggest a link relating to Hansa