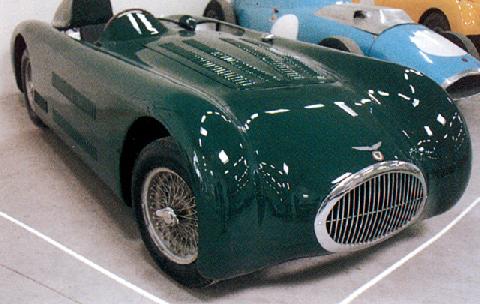 Hersham & Walton Motors or HWM was founded in 1946 by the drivers George Abecassis and John Heath.  They became agents for Alta and later Jaguar engines.  HWM cars were made for hill climb, daily use, and track and their Formula 3 cars were feared by the competition.  In addition to the owners themselves, drivers such as Paul Frere, Stirling Moss, Peter Collins and Lance Macklin raced for HWM.

The company did not manage to sell many cars and when John Heath was killed in a crash in the 1956 Mille Miglia it was the end for the company.

Suggest a link relating to HWM