Willys-Overland is generally acknowledged as being the inventor of the Jeep.  The make Jeep-Eagle, which these days is part of Chrysler, will not deny this.  However, the truth of the matter is that the American Bantam Company was the real inventor.  In 1940, the American Ministry of War asked car manufacturers to draw up designs of a small, light weight off road vehicle.  Only two manufacturers replied.  Willys Overland managed to get the deadlines extended.  The Bantam factory was the only one to keep to the original assignment.  The small factory, that constructed Austins under licence, was given an order to supply 70 complete vehicles on 25 July 1940.

The different models were continually being improved.  Eventually, all the companies produced production models that would write history under the name of Jeep.  Ford constructed 277,896 Jeeps.  Willys and Bantam together produced more than 368,000 vehicles meaning that in total more than 600,000 cars were produced.  On 13 June 1950, the name Jeep was patented as a Willys-Overland trademark.  Although modern Japanese off-road vehicles are often sold as Jeeps, there is only one real Jeep.  The fact that the design was created originally at Bantam and not at Willys does not alter this fact. 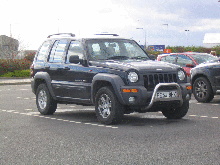 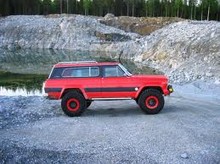 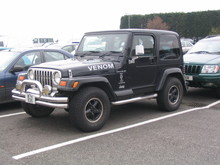 Suggest a link relating to Jeep