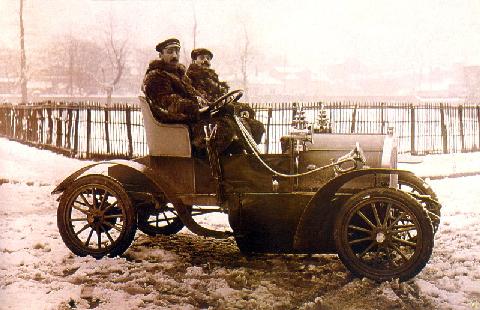 Numerous 'makes' of motorcar from the period 1901 to 1905 only existed because of the Parisian firm established by Elie Lacoste and Emile Battmann during 1901. Their works in Levallois produced neat tubular-steel chassis suitable for single or two-cylinder engines, compact two and three-speed gearboxes, front and back axles (the latter shaft-driven), steering gear, basic bodies, and all the other parts necessary to make a motorcar except for the engine which was generally supplied by De Dion-Bouton or Aster. That the components were practical and well-made is evident from the significant number of surviving cars made by Lacoste & Battmann, whatever name or badge is attached to them.

Four-cylinder cars became available but it was not until 1905 that the firm started selling cars using its own name. In the case of some surviving vehicles where the name of the original 'make' is not known these are referred to by the Lacoste & Battmann name since the components are readily identifiable even when they do not carry the LB monogram.