One of Britains first independent car producers built its first motorcars in 1895, Lanchester. Unlike most pioneering motorcars the Lanchester models were purpose built rather than converted horse-drawn contraptions. Until the companies financial difficulties in the 1930's Lanchester produced some forward thinking designs.

In 1931 motorcycle producer BSA acquired the company and merged it with Daimler (another company acquired by BSA). Following WW2 Lanchester continued to produce small but well built vehicles, sadly the range was dropped in 1956 as Daimler itself became a part of Jaguar.

The first Lanchester motorcar was constructed during 1895 and was on the road early the following year. It is generally accepted as the first all-British motorcar both in concept and execution. Frederick Lanchester was an able theoretical and practical engineer who scarcely acknowledged the existence of the verb 'to compromise' and in modern parlance often demonstrated thinking "outside of the box". His motorcar designs owed little to the prevailing conventions of the day and whilst they provide endless fascination for the technically minded, commercial success was always an uphill struggle.

The Lanchester Engine Company began production of its idiosyncratic motorcars during 1900. These featured a fully balanced horizontally-opposed two-cylinder engine mounted amidships, pre-selector epicyclic transmission to a worm-drive back axle, and side-lever steering. Lanchester cars were immediately recognisable and those who came to appreciate their undoubted merits formed a loyal clientèle.

Frederick's younger brother George designed some outstanding motorcars for the firm in the post-Great War period but amalgamation with Daimler in 1931 meant that it was really only the Lanchester name that survived. 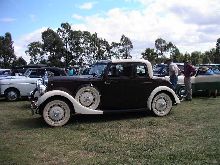 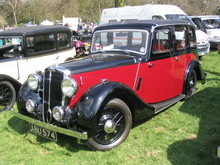 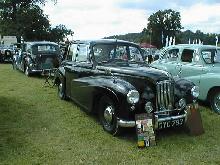 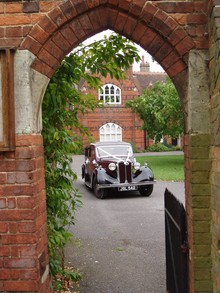 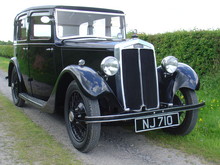 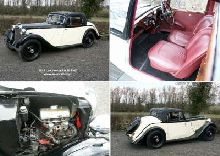 Suggest a link relating to Lanchester