Smart is an automotive branch of Daimler AG. Smart is a German manufacturer of microcars produced in Hambach, France, and Böblingen, Germany.

In the late 1980s, SMH (makers of the Swatch brand of watches) CEO Nicolas Hayek began developing an idea for a new car using the same type of manufacturing strategies and personalization features used to popularize Swatch watches. He believed that the automotive industry had ignored a sector of potential customers who wanted a small and stylish city car. This idea soon became known as the "Swatchmobile". Hayek's private company Hayek Engineering AG began designing the new car for SMH, with seating for two and a hybrid drivetrain.

While design of the car was proceeding, Hayek feared existing manufacturers would feel threatened by the Swatchmobile. Thus, rather than directly competing, he preferred to cooperate with another company in the automotive industry. This would also relieve SMH of the cost burden in setting up a distribution network. Hayek approached several automotive manufacturers and on July 3, 1991 he reached an agreement with Volkswagen to share development of the new project.

By 1993 Ferdinand Piëch had become CEO of Volkswagen and he immediately sought to terminate the project with SMH. Volkswagen had already been working on their own "three-litre car": a car which would consume three litres of fuel per 100 km of driving (the eventual Volkswagen Lupo 3L). Volkswagen's own concept was believed to be a better business proposition, featuring four seats and more cargo room.

Hayek had suspected that Piëch would seek to end the agreement with SMH upon his ascendancy to the CEO position; therefore, he discreetly began approaching other car companies with the Swatchmobile project. Rebuffed by BMW, Fiat, General Motors and Renault, he finally reached an informal agreement with Daimler-Benz AG, maker of Mercedes-Benz cars.

A deal was announced on March 4, 1994, at a press conference at Mercedes-Benz headquarters in Stuttgart that the companies would join forces in founding Micro Compact Car AG (MCC). 49% of the initial capital of 50 million Swiss francs were provided by SMH and the remaining 51% by Daimler-Benz. The company consisted of two subsidiaries: MCC GmbH based in Renningen (a suburb of Stuttgart) which would design the car, and the then-unnamed manufacturing plant. SMH Auto SA, owned by Hayek, would design a hybrid electric drive system for the car, while Hayek Engineering would audit the design and manufacturing.

One of the first controversies at MCC was the name of the car itself. Nicolas Hayek insisted it retain 'Swatch' in some way: "Swatchmobile", or "Swatch Car". Daimler-Benz refused, and pushed for a neutral name. The final name settled upon was Smart, an acronym that had been previously used internally by MCC for Swatch Mercedes Art. 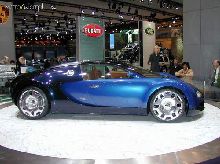