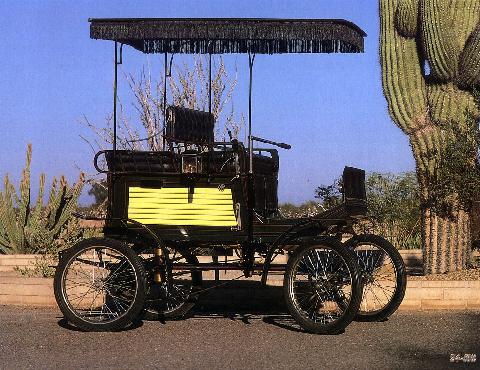 When the publisher of Cosmopolitan magazine John Brisben Walker split with Lorenzo Barber almost immediately after they had bought the steam car business of the Stanley twins and established the Locomobile Company of America, Walker formed the Mobile Company of America with works at Tarrytown, New York. The products of the two Companies were virtually identical, not surprisingly as F E Stanley was consulting engineer to Locomobile whilst for Mobile F O Stanley fulfilled the same role.

Mobile production got underway in March 1900 but Locomobile had an unassailable head start in the light steam car market. Despite Mobile offering a much wider range of body styles than its major competitor, output by the end of 1903 had reached around 600 vehicles, only 12% of total Locomobile steamer production. Walker bowed to the inevitable, leased his factory to the Maxwell-Briscoe Motor Co, and from 1905 the Maxwell gasoline car was produced there.

Suggest a link relating to Mobile