Giovanni Moretti started his own business in 1925 when he was 21 years old.  The business was situated at Via Monginevro 280 in Turin and it was here that he built his first motorcycle.  Before World War II, Moretti had already moved on to motorised three-wheeler delivery vans but when he restarted after the war, he started to build sports cars.  In contrast to most of the other special car builders in Italy who used Fiat or Lancia parts, Moretti made his own.  He was not scared of building engines with overhead camshafts and his engines made him world famous.  The four cylinder engines of 750 cc developed 27 to 58 bhp.

By the 1960s customers were more interested in factory built cars than hand made ones, however good they were, and Moretti specialised more and more in adapting car bodies and development of his own bodies.  By 1970, the Moretti firm solely appeared in the telephone directory as a car body specialist and this work is still carried out. 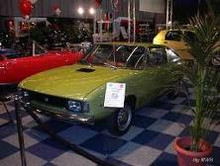 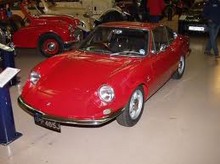 Suggest a link relating to Moretti