Charles Warren Nash (1864-1948) was born on a farm in Illinois.  In 1910, Nash was charged with the management of the Buick car factory.  At that time, the company was still suffering losses, but as early as 1911 profits had risen to $800,000 and even rose to over $12 million in 1914.  In 1912, Nash switched to General Motors, but the country boy's ambition to found his own car make remained.  In 1916, he purchased the Jeffrey Company, where the first Nash was manufactured in 1918.  Nash was already selling 31,008 trucks and passenger cars a year by 1919.  Business went so well that Nash was able to take over several companies including the Seaman Body Corporation, the Lafayette Motors Corporation, and the Mitchell Motorcar Corporation.  In 1928, the number of sold cars was 138,137, a record that would not be broken until after the war.  In 1922, it was followed by a model with a four-cylinder overhead-valve engine which cost $985.  In 1930, the first model with an eight-in-line engine rolled off the assembly line.  In that year, there were three basic models in the range.  The addition twin ignition meant that the engine had double ignition with two spark plugs for each cylinder.  The three series were available in no less than 31 body versions, from a two-door coupe to a seven-seater limousine. 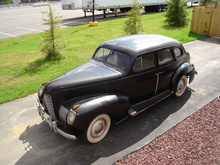 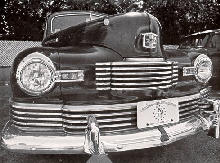 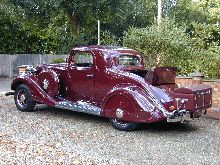 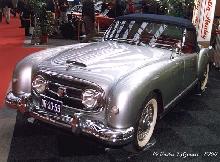 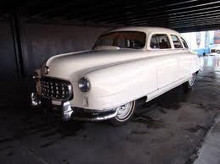 Suggest a link relating to Nash