In 1918, Walter Chrysler was one of the main American car manufacturers.  The company mainly built cars for the higher price-ranges, such as the makes Imperial, Chrysler and Dodge.  Chevrolet and Ford were the manufacturers of cheaper cars.  This changed in 1928.  In that year, the Chrysler Corporation launched some new models with six cylinder engines, which caused Walter Chrysler to found a new make for the familiar four-cylinder engines.  He called the make Plymouth, after the English town founders of the state of Massachusetts had come from in the 17th Century.

In 1928, its first year of production, 53,427 cars were sold.  In comparison:  Chevrolet sold 888,050 cars and Ford sold 633,594 cars in that year, but it was a start.  In 1930, the whole world was suffering at the hands of the depression and the car industry was particularly hard hit.  Expensive cars could not be sold at all in those days.  As a Plymouth was relatively cheap, this make was least affected by the depression.

In 1934, the 1,000,000th Plymouth rolled off the assembly line.  In that year, customers could choose from the following models: the Plymouth DeLuxe, the PE, PF, PFXX and the Standard Six and PG.  In 1936, all sales records were broken once again.  In that year, Plymouth manufactured no less than 527,177 cars.  In 1938, Plymouth celebrated its tenth anniversary.  On this occasion, the Plymouth Business was renamed the Plymouth Roadking.  The car had a new, distinctive windscreen, which in contrast to previous years could no longer be opened.  In 1939, the cars were given an entirely new body.  This body was to remain the same until the Second World War.  On 9 February 1942 the last pre-war Plymouth rolled off the assembly line. 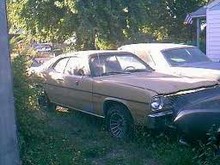 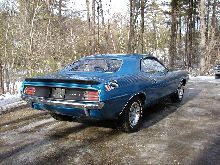 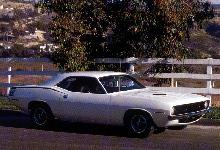 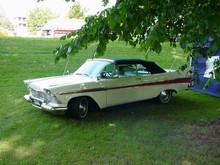 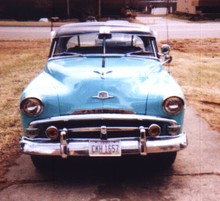 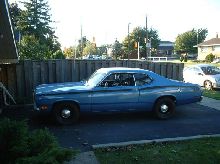 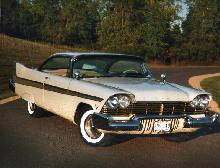 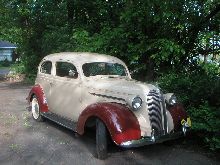 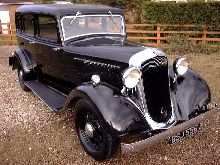 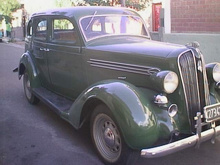 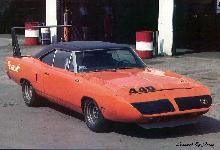 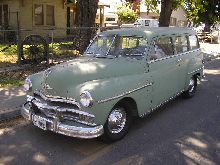 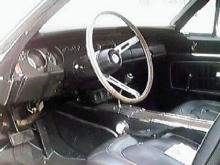 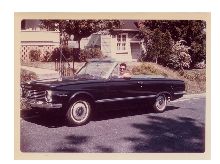 Suggest a link relating to Plymouth