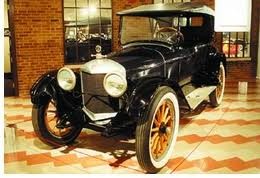 This Birmingham company was an agent for the Italian Marchand, and the first cars sold under the Premier name were, in fact, Marchands, two 4-cylinder modes and a 20hp six.  In 1906 at the Olympia Show they exhibited a car of their own design.  It had a 10/12hp 2-cylinder Aster engine, but it did not last long.  No more cars were made until 1912 when they announced the P.M.C. Motorette, a 3-wheeler powered by a 723cc 6hp single-cylinder engine, with chain drive to an epicyclic 2-speed gear in the rear wheel.  The frame was tubular, the standard brake was on the rear wheel, but front-wheel brakes could be fitted for an extra 3 guineas (£3.15).

Suggest a link relating to Premier