During the height of British Leyland's marque rationalisation program in 1975 the newly introduced Austin, Morris and Wolseley 18-22 models were renamed Princess. The Princess marque replaced the other well known brands with a single, simplified "company" name.

The Princess name had first appeared in the 1950's on the range-topping Austin Limousine models built by Vanden Plas. Vanden Plas was an established coachbuilding concern swallowed up by the BMC combine. One advantage was that Vanden Plas or Princess models could sell alongside old rivals Austin and Morris without any obvious favouritism, this concept remained true in the 1970's BL era. 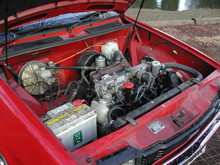 Suggest a link relating to Princess