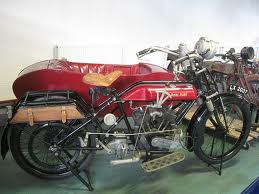 This company built motorcycles from 1909 to 1933, latterly at Bolton, and had two short periods of car manufacture.  The first came during the cyclecar boom, and had a 10hp V-twin JAP engine, with two speeds and shaft drive, but a belt-drive model was to be added later.  Few cyclecars were made, and the next Royal Ruby car was a 3-wheeler announced in 1927.  This was also JAP-powered but had half the number of cylinders and half the horsepower of the cyclecar.  Production was minimal, but a modified form of the car appeared in 1928 as the M.E.B. made by Bromilow & Edwards of Bolton.