When Williams Lyons and William Walmsley, neither having an engineering background, joined forces in 1922, they began manufacturing streamlined aluminium sidecars in Blackpool.  This production blossomed over the years to a profitable business, they also began to create sporting bodies for the Austin 7, which they called 'Swallow'.

The 1933 SS models looked even more beautiful due to being better proportioned, and a sports tourer was available for the first time.  The SS90 Sports bought out in 1935 had twin carburettors and featuring a shorter chassis and a slab tank, was a 90mph 2-seater getting considerable attention with sports car enthusiasts.

The model name Jaguar was first chosen by William Lyons, who had parted from Walmsley in late 1934, for a 4-door sports saloon in autumn 1935, powered by a 104hp 2663cc Standard engine.  Special treatment by Harry Westlake and Williman Heynes resulted in sports car performance with a top speed around 90mph, while a short chassis 2-seater with the same engine, sold as Jaguar SS 100, became the synonym for the successful British sports car and proved hard to beat in internaional rallies.

Over 5000 cars were sold in the 1939 model year when war broke out and stopped car production.

In 1945, shortly after the war, the name of the company was changed to Jaguar Cars Ltd and the sidecar interests including the Swallow trade name rights were sold.  Under new owndership the Swallow company was responsible for the Swallow Doretti in 1954. 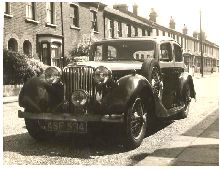 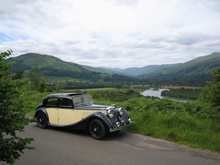 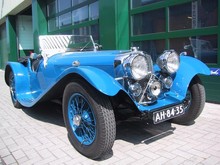 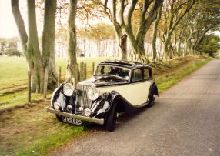 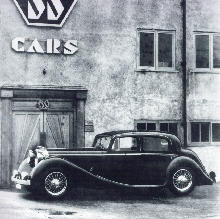 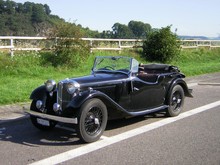 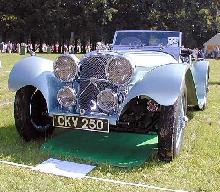 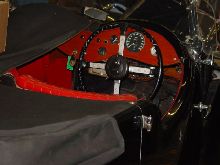 Suggest a link relating to SS