Austrian manufacturer Steyr built a diverse range of cars up-until the outbreak of WW2, some of them having been designed by Ferdinand Porsche. Following the end of the war Steyr became Steyr-Puch and built licence-assembled versions of Fiat models.

In later years Steyr-Puch has been in partnership with VW, Chrysler and Mercedes building 4x4 systems. 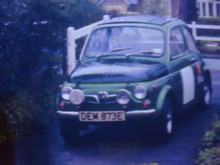 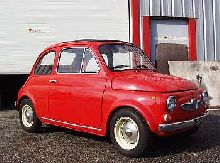 Suggest a link relating to Steyr-Puch