The Steyr-Werke in the town of Steyr in Eastern Austria was a weapons and bicycle manufacturer.  During the First World War the company had some 14,000 employees.  Per day the factory manufactured approximately 4,000 (machine) guns and several aircraft engines.  In 1918, the demand for weapons went into sharp decline.  Steyr's board of managing directors decided to try their luck with cars.

In 1920, the famous designer Hans Ledwinka designed and built the first Steyr, the Waffenauto.  The model was powered by a 3325 cc, six cylinder engine.  Ledwinka left the company again in 1921, but by then he had already drawn so many cars that Steyr had years of designs to work with.  The second model was the Steyr IV which featured a 1814 cc, four-cylinder side-valve engine.  The car was manufactured between 1924 and 1925.  It was the first four-cylinder and there would not be another until 1932.  All the other cars had six-cylinder or eight-cylinder engines, with valves powered by over-head camshafts.  A number of beautiful models were developed under the leadership of Ferdinand Porsche such as the 1929 Austria.  The long bonnet concealed a 5300 cc eight-in-line engine.  In total, Steyr built 28 different models before the Second World War.  One of the most popular models was the Steyr 50, which looked very similar to a Volkswagen.  Approximately 13,000 of these cars - which were built between 1936 and 1940 - were sold.  Another successful model was the Steyr 220 which had a 2260 cc, six-cylinder, over-head valve engine.  In total, Steyr manufactured 34,776 cars between 1920 and 1940. 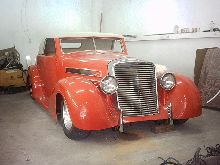 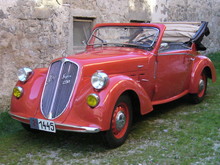 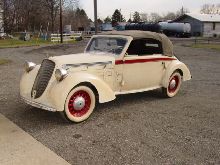 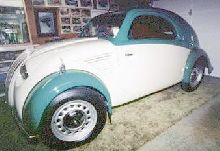 Suggest a link relating to Steyr