An incredible car when first launched at the London Motor Show, designed to beat Ferrari on the race circuit!. The DB4GT Zagato body was built on the shortened chassis of the "standard" DB4GT, very light in weight and entirely handmade by well known Italian coachbuilder .

DB4GT Zagato performance can only be described as staggering, with a top speed coming from an engine producing . The DB4GT Zagato had a distinguished competition history with many victories both at hone and abroad.

Only 19 cars were originally produced between and , another batch of cars were produced in the late 1980s by well known Aston Martin specialist, , with the assistance of the Aston Martin factory, using up unused chassis numbers. 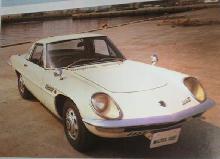