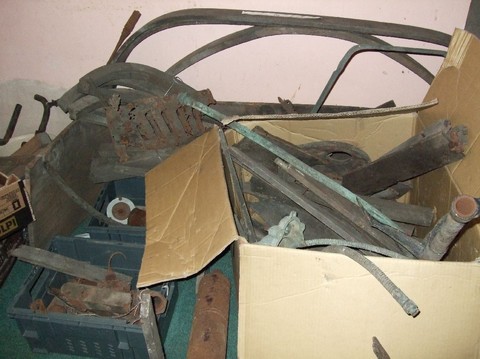 Sir Henry Royce's first car was a slightly later and larger Decauville of 10hp, and the old story goes that it was his disenchantment with this car that led to him determining to manufacture his own. But recent research has indicated that Royce spent much time experimenting with carburation and ignition systems on his Decauville, and the fact is that when the twin-cylinder Royce made its bow in 1904, it had much in common with the Decauville. A failure to keep abreast of the rapid developments taking place in car design later in the first decade of the century led to falling sales, and Decauville's motor vehicle factory was closed by 1911 as the company had opted to concentrate on its core engineering activities.

The 8hp Decauville of 1901 featured a tubular steel chassis, semi-elliptical springs both front and rear, and wooden artillery wheels carrying 810 x 90mm beaded edge tyres. The engine was a water-cooled monobloc twin of 95 x 100mm bore and stroke, giving a capacity of 1418ccs. The camshaft, placed on the nearside, opened the side exhaust valves, above which automatic inlet valves were placed. A monobloc casting of twin cylinders was remarkable at this date, as likewise was the feature whereby a cast trough firmly located the gearbox and engine in relation to each other, to create an early example of unit construction. This power unit was supported in a central cradle, and by substantial and beautifully-made double brackets at both front and rear extremities. The clutch was of the cone pattern. Contemporary descriptions state that the gearbox offered four speeds. There was a contracting band transmission brake behind the gearbox, and the transmission was by an early form of torque tube, again well-engineered, to a remarkably advanced (for 1901) live rear axle. Inboard of the rear wheels were contracting band brake drums with twin shoes. The steering box contained worm and nut-pattern mechanism. The gilled tube radiator was fitted horizontally above the rear axle.
Source: Bleasie
Have you any further information on this car?
Click here to tell us.
There are 6 further pictures
[View Full Gallery]
Related Contacts