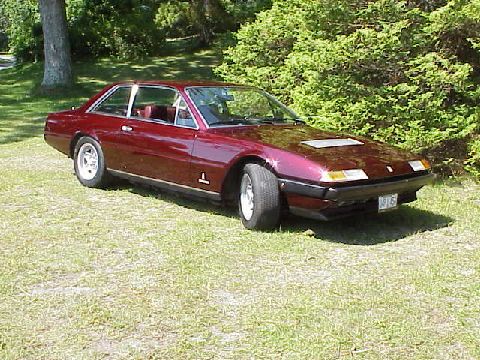 A larger engined version of the 365GT4 2+2 that it replaced, the 400GT now provided the performance expected of its predecessor. One side effect of this larger, 4823cc V12, was its ferocious appetite for petrol, not a good selling point in the fuel starved 1970s!

The 400GT looks very similar to the car it replaced, different lamps and spoiler are the main differences. This model is perhaps best known for introducing automatic transmission to Ferrari customers, an option never listed before. Made from 1976-1979. some 500 examples were produced in total.