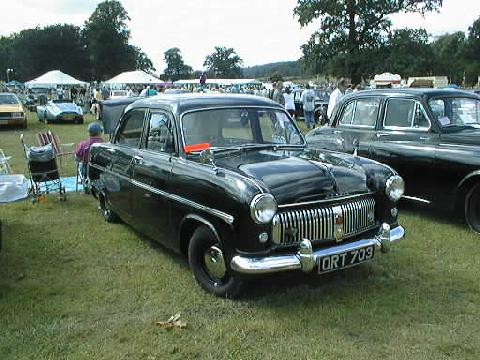 Ford entered a new era in 1950 with its all new, mould breaking Consul/Zephyr range. Both the cars were completely new and based on the same basic unitary bodyshell and engine design. The advertising material proclaimed that the cars had "5 Stars", this referred to five all new features including Unitary Construction, MacPherson suspension and an OHV engine.

The Consul used a 1508cc four cylinder version of the new engine which was mated to a 3 speed manual gearbox. The styling of the new cars was very modern (for 1950) and the Consul version could be distinguished by its full width grille and plain trim. Vinyl upholstery was standard on the Consuls two bench seats, although leather remained a popular option. Although most Consuls were 4 door saloons, there was also a 3 position convertible and an estate version which sold in limited numbers.

The Ford Consul/Zephyr range sold well until their eventual Mk II replacements arrived in 1956. The Consul had established itself as a good quality medium size saloon and would pave the way for many later mid-range models such as the Cortina family.  Practical Classics August 2009 - Featuring Buyers Guide Ford Consul Capri & Classic available.  Click here to view in our shop. 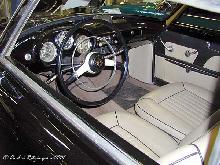 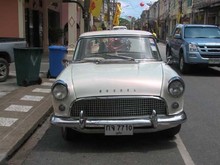 Have you any further information on this car?
Click here to tell us.
There are 23 further pictures
[View Full Gallery]
Related Contacts
[ suggest a contact ]
Related Links

Suggest a link relating to Ford Consul I Eota