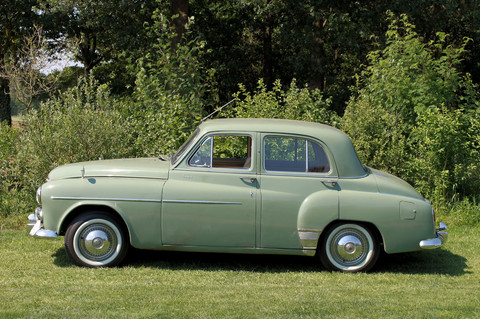 An overhead valve engine finally appeared in the new 1954 Humber Hawk VI. The engine in the new Hawk was actually a detuned unit "borrowed" from the Sumbeam 90, another Rootes model. The 2267cc engine developed around 70bhp which dramatically improved the Hawks performance.

Although the basic body shape remained unchanged the Hawk VI now had reprofiled rear wings and an estate version was introduced for 1955. In 1956 a facelifted Hawk VIA appeared which could be specified with fashionable two-tone paintwork, this model remained in production until 1957. 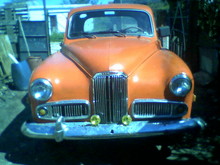