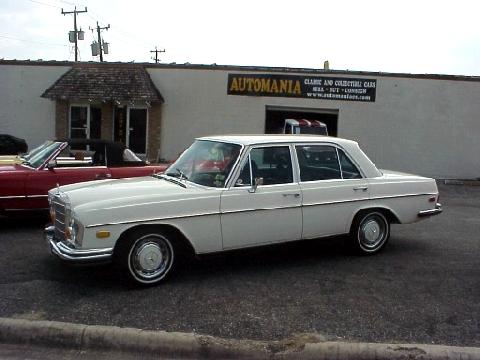 The first "S-class" Mercedes arrived in 1968, the 280S and 280SE. The 280 saloons were large, full size saloons which offered comfort and luxury to its five occupants. Built on a 108ins wheelbase the new S-Class saloons were much heavier than earlier models, although the styling was more subtle and lass garish.

Powered by a new 2.8 litre six cylinder engine both models offered good performance and plenty of refinement. The 280SE had a more powerful engine which produced 160bhp. The 280SE remained in production until 1972.