Mercedes launched V8 engined versions of its new S-Class alongside the six cylinder models in 1972. The V8 model range included 350 and 450 types with a choice of short wheelbase SE or long wheelbase SEL bodies. Most UK imported cars came "fully loaded" with power operated features and automatic transmission. In addition to the 350 and 450SE models Mercedes added a "super saloon" to its line-up. The 450SEL 6.9.

The 450SEL 6.9 effectively replaced the earlier 300SEL 6.3 saloon using the same recipe of long wheelbase saloon bodyshell and an enormous V8 engine, this time displacing some 6.9 litres. The 450SEL also featured hydropneumatic suspension complete with a self-levelling system. In its day the 450SEL was considered the best saloon car in the world, no Rolls-Royce or Cadillac could match its impressive specification or performance. 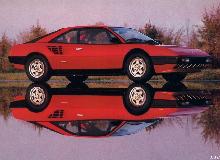 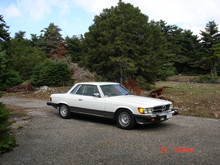 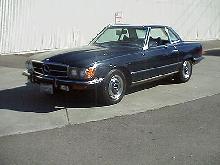 Have you any further information on this car?
Click here to tell us.
There are 11 further pictures
[View Full Gallery]
Related Contacts
[ suggest a contact ]
Related Links
[ suggest a link ]