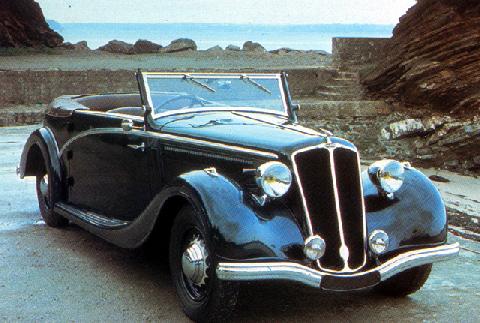 When the company restarted production at Billancourt on the river Seine, the cars were identical to the pre-war models.  The S4 was available with two different four-cylinder engines: 1,730 and 2,320 cc.  Both engines had cylinder heads with twin overhead camshafts with power output of 50 and 70 bhp.  The front wheels had independent suspension and most cars were fitted with an electrically-operated Cotal gearbox.  The brakes were still mechanically-operated and the body was of pre-war design.  The headlights still stood outside the body until 1948 when they were replaced with lights incorporated into the front wings, next to the radiator grille.

Have you any further information on this car?
Click here to tell us.
There are 2 further pictures
[View Full Gallery]
Related Contacts