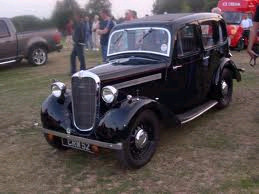 This was an upmarket version of the original Singer Bantam, from which the main improvements were a counterbalanced crankshaft and a four speed constant mesh gearbox i,e non synchromesh, and an optional free wheel device enabling some gearchanges to be made without using the clutch.