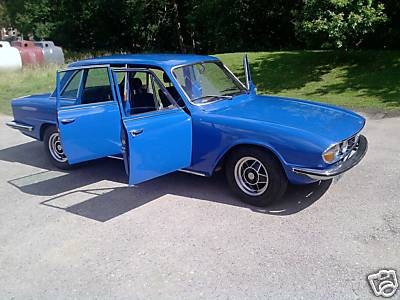 The last variant of the Triumph 2000 / 2500 series made its debut in , the range topping 2500S. The 2500S effectively replaced the 2500TC and the earlier 2.5 PI, using twin carbs to produce its instead of the unreliable fuel injection used on the old PI.

Standard equipment for the 2500S included a full compliment of instruments, plush upholstery and "Stag" type, five spoke alloy wheels. The 2500S also featured stiffened suspension and power assisted steering. Buyers could order either saloon or estate bodies and choose between manual overdrive or automatic transmission. The introduction of the new Rover SD1 2600 saloon killed off the established in-house rival in .